This season, I’m finally starting to play with the Scum & Villainy ships — which of course requires that I personalise the paintjobs.  First on the paint table were a pair each of M3-A Scyk Interceptors, Kihraxz Fighters, and Star Vipers.

The Scyks and Kihraxzes got pretty straight-forward repaints, just re-working and brightening up the original paintjobs using Testors’ Model Masters colours.  the stock green was brightened up with a light brushing of Green Zinc Chromate, and the purple with Napoleonic Violet.  Also took the opportunity to rearrange the colour panels a little bit to distinguish each fighter.  Added some Russian Marker Red for a bit of contrast.  And since the green & purple scheme is reminiscent of early WW1 German aeroplane camouflage, I painted the underside in an unbleached linen look using Afrika Braun [edit: that doesn’t show in any of these photos, it will be seen in the next post which will include similarly painted Z-95’s].  Overall light weathering with dry-brushing a bit of Dark Sea Grey and French Chestnut.  Panel lines are inked with a .005 Micron Art pen.  Engine glow and laser-tips got the usual White base coat; and then after the whole model was sprayed with Dull Coat, lit them up with Fluorescent Red. 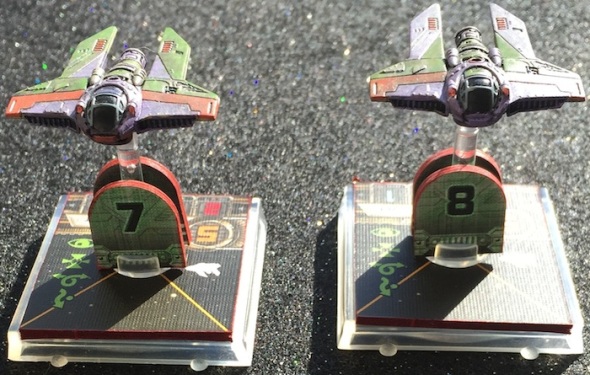 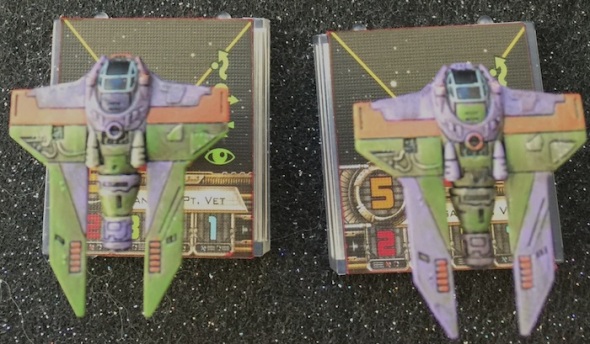 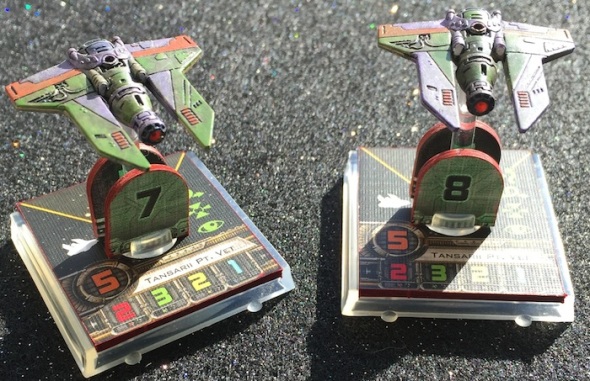 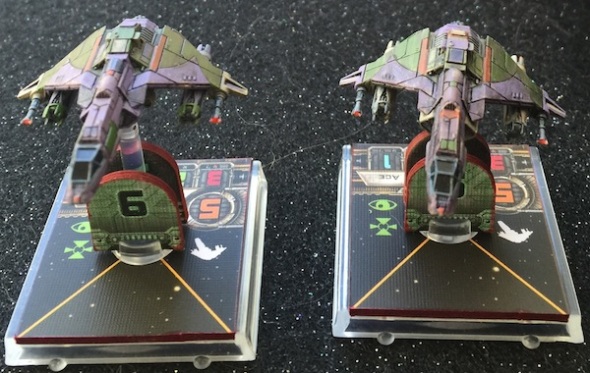 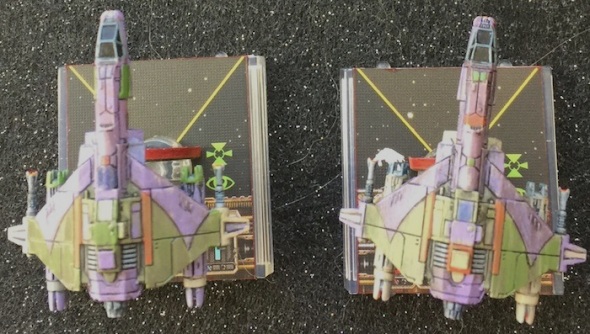 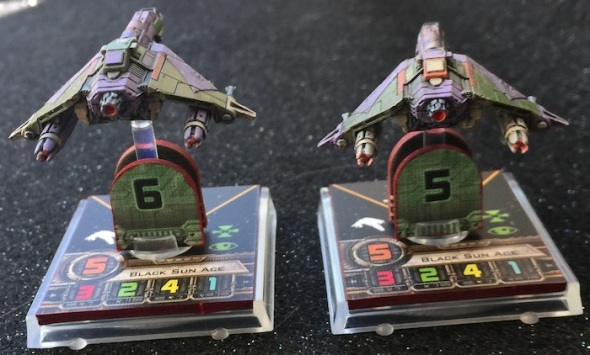 Then continuing with the WW1 fighter theme, the Star Vipers got a big re-working with lozenge camouflage.  I used an XActo knife to scrape away the heavy black streaks and Black Sun insignia on the wings.  Then added dabs of Green Zinc Chromate, Napoleonic Violet, Afrika Braun, and Dunkelblau, and leaving spots of the original light grey as well.  One ship got cockpit framing in Russian Marker Red, the other in Napoleonic Violet. 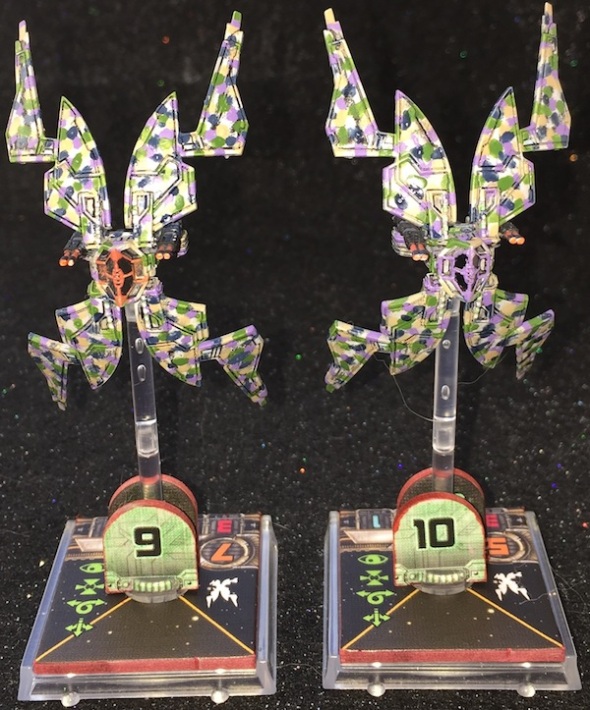 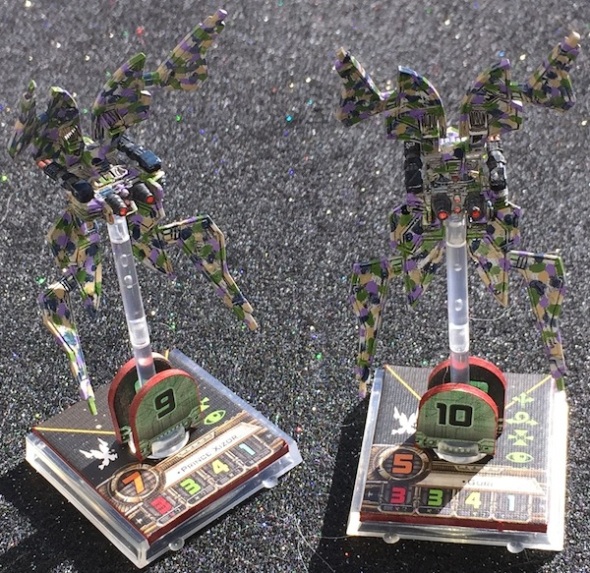 And finally to polish up the new faction, they got a big pile of ship numbers and target locks done in a similar style to my Rebel and Imperial ones.  The number tokens were coloured with a green highlighter.  The outer edges of the target locks coloured with a green marker.  Numbered locks for the small fighters got a Green Zinc Chromate center painted on, and then the number.  Lettered locks for the big ships got one side repainted to have the same letter on each side.  Stands for the locks are detailed in the Stands for the Locks post. 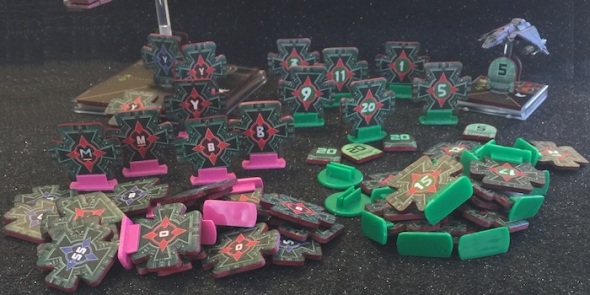