Originally, I wasn’t sure if I was going to buy more than one YV-666.  But while painting up the first one, an inescapable painting idea occurred.  And so we now have Flying Shoebox #2, aka the Space Bus.  Specifically: the Space Bus for Danny Partridge and his Cantina Band.  Danny has rumoured ties to the mob, although Skee and Rocco will testify that Danny is an upstanding citizen and he would never put the squeeze on anybody’s duck. =^,^=

If you would like to cue up the soundtrack for this entry, the hit song from Danny And The Mob (Season 1, Episode 7) is That’ll Be The Day!

I did some light modifications on this ship. The biggest change was flipping the whole rear engine section.  That whole section pops loose after a few minutes of wiggling and tugging.  I then cut off the forward end of the outer connector and glued it into place on top of the inner connector.  That still left enough room for the rear section to slide on snugly into place, and can still be removed for easy storage.  I just had to notch the bottom of the engine greeblies a bit so that everything fit in the new position.  A little scraping and filing squared off the edges of the new joint for a nice fit.

To give it more of a schoolbus look, I rounded as many edges as possible by scraping and carving with an X-Acto blade, then touching up with a file — the top of the nose, upper mid-section, back edge of the top deck, front vertical edges, front running board, and the sharp angles of the top surface of the maneuver fins all got rounded.

The maneuver fins had to be removed so they could remain upright after the engine section was flipped.  And like with the first YV, I drilled a hole through the engine block and into the hub of each fin so that a brass rod could be fitted through.  This also allows the fins to articulate.  There’s a photo of the brass tube insertion in the post on my first YV conversion here.

Painting the Bus called for a gritty and worn Star Wars interpretation of the original Partridge Family bus.  The base coat was sprayed Flat Light Aircraft Grey.  I used a pencil to mark in colour block areas as I was painting.  The red blocks have a base of British Crimson and streaked with Russian Marker Red on top.  Blue is a base of Dunkelblau streaked with Cobalt Blue.  Yellow is Afrika Braun streaked with Cadmium Yellow Light.  Then added the Black border lines.   The remaining areas of Aircraft Grey were streaked with Lichtblau, and also streaked a bit of that over everything for some light weathering.  Leading edge of the front running boards, trailing edges of the maneuver fins, a light wash inside the molded panel lines and streaks of overall weathering was done with Dark Gull Grey.

Inking was done with .005 Micron Art pens.  A red pen for inside the molded panel lines, a purple pen for squaring off the painted black outlines (gave a weathered variegation to the black), and a black pen for lettering PARTRIDGE in aurabesh. 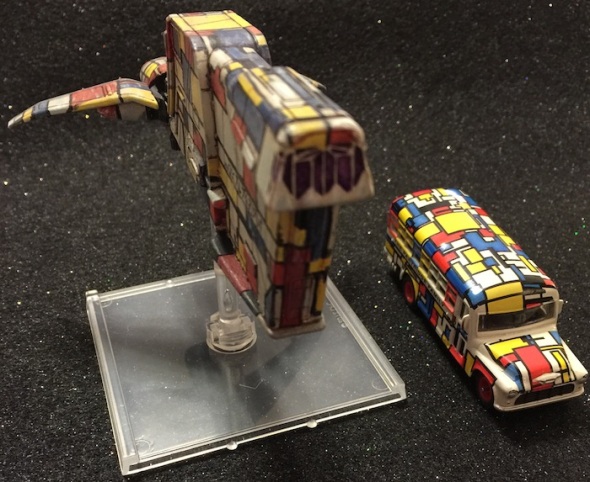 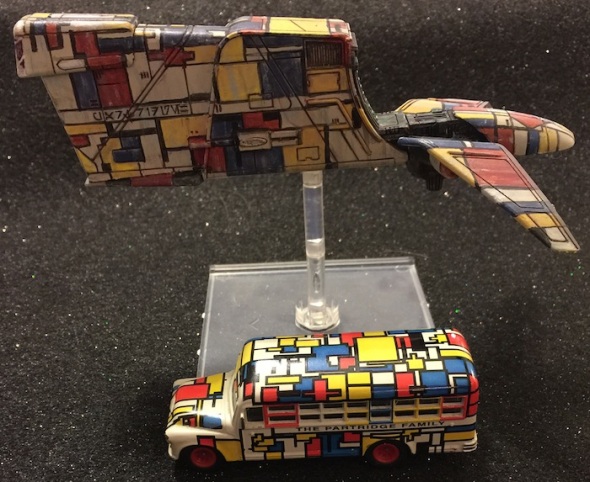 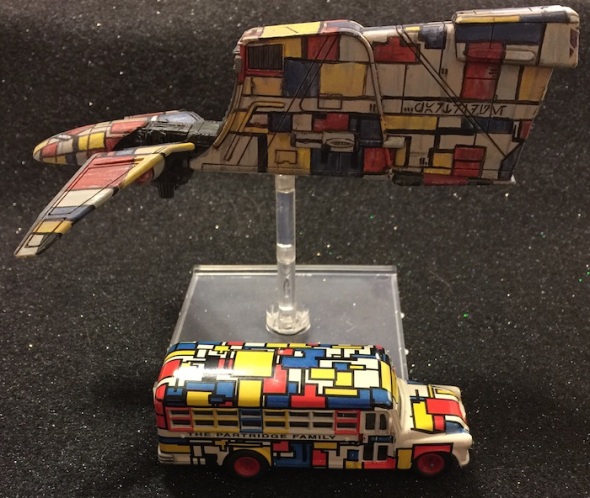 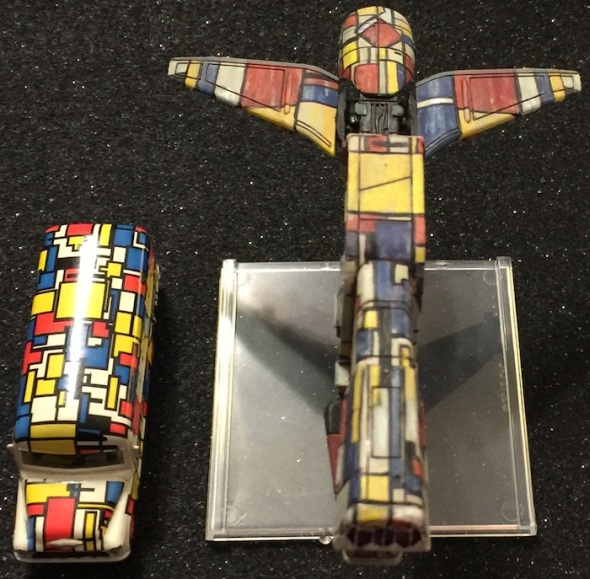 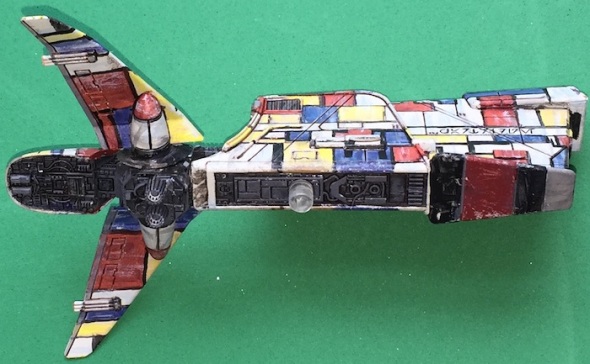 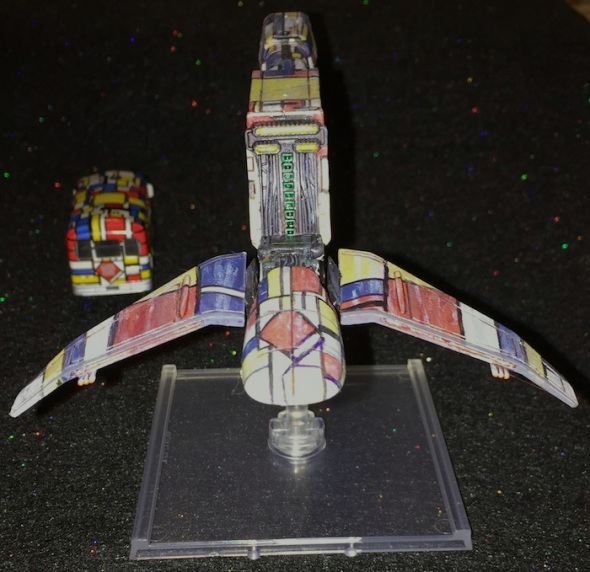